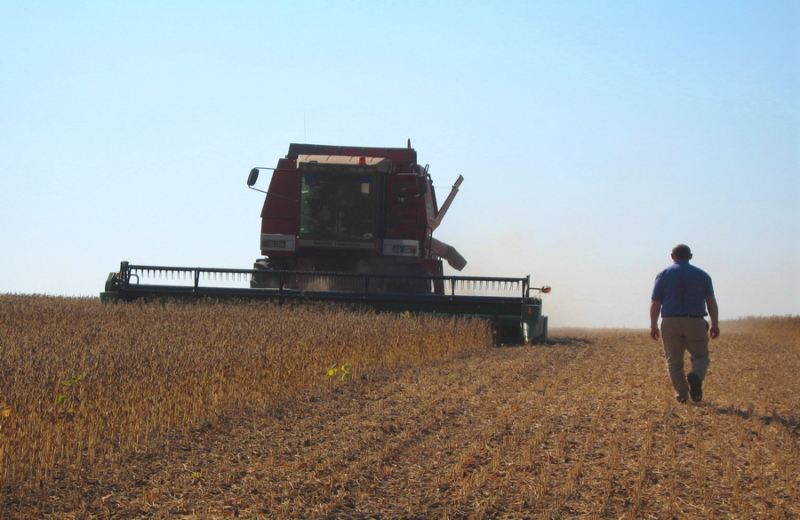 A little bit better than Morocco, but not as good as Botswana.

That’s how Ukraine does in the 2017 Global Foreign Direct Investment Country Attractiveness Index, in which the country ranks 61st out of 109 countries. And it has slipped one place in the ranking since last year.

Foreign direct investments (FDI) in Ukraine collapsed after the EuroMaidan Revolution of 2014 – in 2017 it was $2.2 billion, or less than half the amount seen in 2013.

FDI in Ukraine peaked in 2008, just before the global financial crisis, at $10.7 billion, according to World Bank figures. After sinking to less than $1 billion in 2014, it had been on the up again, but the downward trend resumed after 2016, when FDI was $3.44 billion.

To put that into a regional perspective, Poland’s 2016 FDI was more than five times higher than that of Ukraine, at $16.76 billion.

Cyprus, the Netherlands and Germany in 2017 were the leaders in FDI in Ukraine, according to Yuliya Kovaliv, Head of the Office of the National Investment Council of Ukraine. But that ranking could be misleading, she said.

“Some European companies restructured their holdings through Cyprus or the Netherlands to minimize tax payments, and also to secure their corporate rights,” Kovaliv told the Kyiv Post during the “Foreign Direct Investment: Prerequisites, Strategies, Measures” conference on FDI held at the Diplomatic Academy of Ukraine in Kyiv on May 29.

According to Aivaras Abromavicius, the former Minister of Economic Development and Trade of Ukraine, the only way to increase FDI level is to make reform work. Speaking on the first conference panel, he said the country can make real progress only in a “sandwich situation” – when Ukraine’s western partners push the government from the top, and civil society pushes up from the bottom.

“If there is no pressure, politicians will have no incentive to do any reforms, because it only effects on their rating negatively,” Abromavicius said.

While conference participants agreed that Ukraine desperately needs to increase the level of its FDI, which was just 2.1 percent of GDP last year, according to the World Bank, they also said this should not be achieved at any cost. Strategically important industries should remain in state hands, said Herbert Stepic, the former chairman of Raiffeisen Bank.

“I’m totally against selling your gas, oil, and water industries,” Stepic said. “But the ports can be put, for example, under long term concession.”

Stepic identified the three most important draws to foreign businesses looking to set up shop in a country: a fair and predictable judicial system, fair taxation, and the availably of an educated labor force.

Ukrainian labor does have the obvious advantage over other European countries as being a great deal less expensive. On the other hand, it faces another serious problem – poor productivity, Alfred Praus, the chairman of the Ukrainian-Austrian association, told the Kyiv Post.

“Ukraine needs to work on its labor productivity, because what counts in international industry is salary per piece of production, not per hour,” Praus said. “So, if you need here two hours to do something, but you can do it in one hour in Britain, it’s double the cost here for the same salary. It is also a question of mentality.”

During the conference it became crystal clear that there are several key areas where Ukraine needs to improve to win more FDI – taxation, banking, and justice.

Nevertheless, Kovaliv said she has already seen a lot of progress in making Ukraine more attractive to foreign investors – even in taxation, one of the main problem spheres for reforming the country’s economy.

“The automatic system of VAT (value added tax) refunds is working, and companies for the last year haven’t had any serious complains about it,” she said.

And according to Abromavicius, the VAT refund system in Ukraine is also acting as an anti-corruption element.

Moreover, the largest amounts of FDI in Ukraine have historically been pumped into the financial sector and retail.

“Mostly, it was oligarchs financing their own business,” said Kovaliv. The situation provoked an urgent need for reform in the financial sector, which started in 2014-2015, Kovaliv said.

“It’s still not finished, but the hardest job is done,” she said.

But the next item on the to-do list is a big one – reforming Ukraine’s notoriously corrupt and politically influenced system of justice.

“At a practical level, in order to rebuild the system of justice we need to replace thousands of people,” Kovaliv said. “Nevertheless, the Supreme Court will be re-staffed this year and in the next two to three years the results will be visible.”

Despite the fact that Ukraine is trying to burnish its reputation around the world – a reputation tarnished by the occupation of Crimea, Russia’s war on Ukraine in the Donbas, and the economic turmoil this has brought ­– so far most investors are still cautious.

“Unfortunately, over the last four years we haven’t seen a lot of big investments from western countries in Ukraine,” said Burak Pehlivan, the chairman of the International Turkish Ukrainian Business Association.

“We have good results and trends, but at the same time we have a lot of problems in the protection of investments,” said Ruslan Osypenko, the CEO of the Chinese Commerce Association.