President of Ukraine Petro Poroshenko has discussed with CEO of Unilever Paul Polman the investment climate in Ukraine and the changes in the tax legislation. 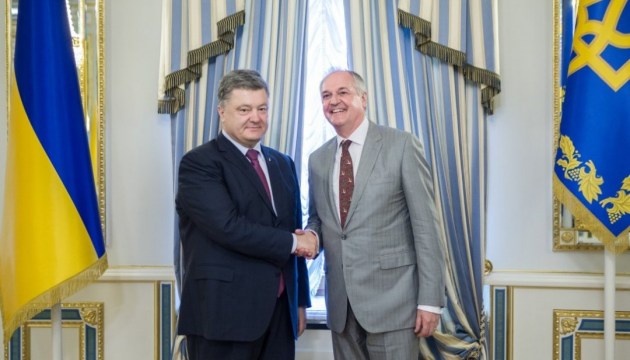 This is reported by the press service of the Head of State.

“President of Ukraine Petro Poroshenko held a meeting with CEO of Unilever Paul Polman who told the Head of State that the company was satisfied with the development of its investments in Ukraine and informed him of the future plans of the company,” the statement reads.

The parties discussed the legislative initiatives related to the amendments in the tax field that are being elaborated by the National Investment Council under the President of Ukraine in order to attract foreign investors. They also touched upon the replacement of the income tax with the tax on distributed profits, which is positively perceived by the business environment.

The President underscored a significant improvement of the investment climate in Ukraine. According to the Head of State, the evidence of those changes is the data released by the World Bank yesterday, which indicates the increase in the Ukrainian national GDP in dollar terms.

In turn, CEO of Unilever Ukraine Vasyl Bovdilov emphasized “radical positive changes in the investment climate that took place in Ukraine over the past two years”. “Comparing with previous years, we see a radical improvement of the situation,” he said.